In 2015, École Braemar hosted its very own “French-style Winter Carnaval.” It was the first large-scale French event on the North Shore to include both French Immersion and English students.

For its third year running, the entire school (487 students) came together on Monday, February 6, 2017 to celebrate bilingualism, learn about French Canadian culture, the rich history of the Québec Winter “Carnaval,” and to celebrate Canada’s 150th birthday.

On the days leading up to the event, students prepared by learning French songs and practicing French words broadcast over the school PA system each morning. Activities on the actual day of the “Carnaval” included themed crafts, French bingo, singing, ice sculpting by Ice Décor, and even a flash mob inspired by Rendez-vous de la Francophonie’s contest that demonstrated love and passion for the Canadian Francophonie! 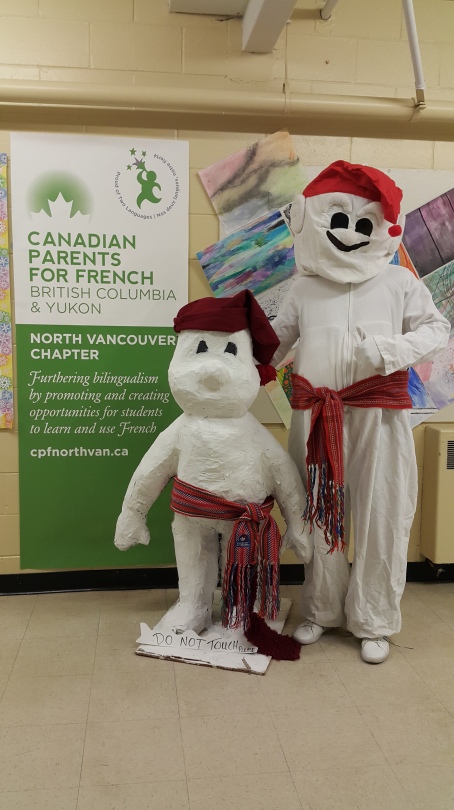 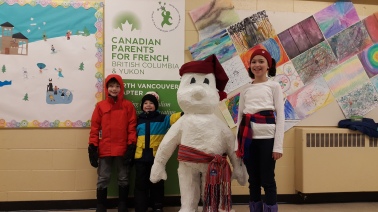 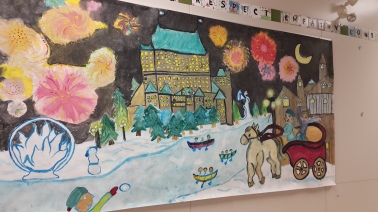 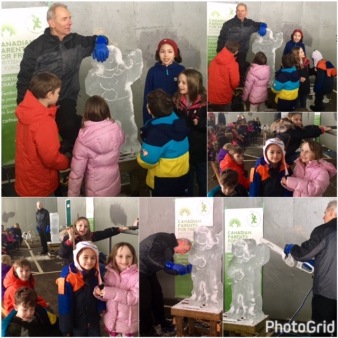 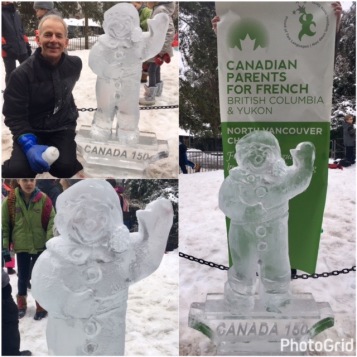