Produced by Radio-Canada Alberta entirely in French, ONIVA is for and by young people in the West. Each week, the team travels and visits a school (in one of the four western provinces, the Yukon and Ontario) to examine a central theme with young people. The energetic, fast-paced show is presented in magazine format and consists of stories, interesting facts, vox-pop, questions and answers, a cooking segment as well as fun and entertaining games.

For younger viewers, check out Bookaboo!

This is a very entertaining show based on the UK version. Popular Francophone personalities drop by the tour bus to read with the world-famous, drum-playing rock puppy, Bookaboo, whose motto is « Une histoire pour moi sinon moi je ne joue pas! » (A story a day or I just can’t play!)
http://bookaboo.radio-canada.ca/accueil

CBC’s French-language equivalent, Société Radio-Canada (SRC), has lots of other great programs for children of all ages!

Watch in the mornings on Vancouver’s CBUFT-TV (channel varies depending on television service) or online anytime: http://www.radio-canada.ca/jeunesse/jeregarde/ 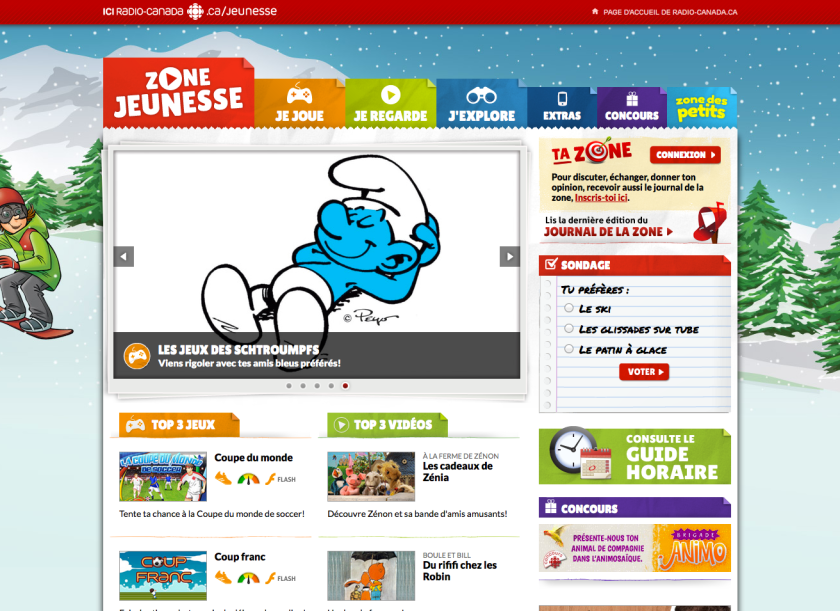